Came across this by autoplay while writing up a review. Self goals right about now because loving myself is something I’m sure I’ll be learning for a long time to come.

This book was a recent read that left me book hungover to this day and I do not know when I will truly recover. So read it. But unlike me find some solutions to book hangovers first…Yea, that’d be a good idea. Know any, I’d love to hear them.

Either way, read this book!

Lily hasn’t always had it easy, but that’s never stopped her from working hard for the life she wants. She’s come a long way from the small town in Maine where she grew up – she graduated from college, moved to Boston, and started her own business. So when she feels a spark with a gorgeous neurosurgeon named Ryle Kincaid, everything in Lily’s life suddenly seems almost too good to be true.

Ryle is assertive, stubborn, and maybe even a little arrogant. He’s also sensitive, brilliant, and has a total soft spot for Lily, but Ryle’s complete aversion to relationships is disturbing.

As questions about her new relationship overwhelm her, so do thoughts of Atlas Corrigan – her first love and a link to the past she left behind. He was her kindred spirit, her protector. When Atlas suddenly reappears, everything Lily has built with Ryle is threatened.

With this bold and deeply personal novel, Colleen Hoover delivers a heart-wrenching story that breaks exciting new ground for her as a writer. It Ends With Us is an unforgettable tale of love that comes at the ultimate price.

END_OF_DOCUMENT_TOKEN_TO_BE_REPLACED

So…I fell into a trap. I didn’t mean too. It’s all Michelle and Emilie’s faults! And mine I suppose since I chose to look at their bookstagrams…They were just so cute!

Anyways, long story short. Today instead of getting started on my lengthy homework, I have set up my own bookstagram. And it’s so much fun dammit, I’m going to regret this for a long time to come. But I’ve already had so much fun with it I also can’t help myself. So for those of you blogging and bookstagramming, check out mine and follow, I’ll follow back!

And so a new era of blogging begins…

The meet, the greet, the get-to-know.
The smile, the hug, the happiness I come to show.
Something there, a connection formed.
To one not much, but to me?

A glowing connection.
Proof – I am worth something.
But, dependency perhaps?

Love of father and daughter.
Not by blood, certainly not.
Is that truly necessary?

A heart to be hurt.
A connection to fade.
A glow to dim.
Is that all it ever was?

Love ever so fickle.
I didn’t believe it. I swear.
Yet I’m hurting.
So I must be lying.
Or were you?

The will to fight.
The strength to go on.
Love riding through to the happy beyond.
Maybe it died before it arrived?

A glowing connection.
Love of father and daughter.
A heart to be hurt.
Love ever so fickle.
The will to fight.

But was it ever there to fight for?

Vampire hunter Elena Deveraux knows she is the best- but she does not know if even she is good enough for this job. Hired by the dangerously beautiful archangel Raphael, a being so lethal that no mortal wants his attention, Elena knows failure is not an option—even if the task is impossible.

Because this time, it’s not a wayward vamp she has to track. It’s an archangel gone bad.

The job will put Elena in the midst of a killing spree like no other—and pull her to the razor’s edge of passion. Even if the hunt does not destroy her, succumbing to Raphael’s seductive touch just might. For when archangels play, mortals break.

END_OF_DOCUMENT_TOKEN_TO_BE_REPLACED

Throne of Glass, mostly Queen of Shadows, spoilers beware.
All rights go to the writers and posters of these posts. Obviously. 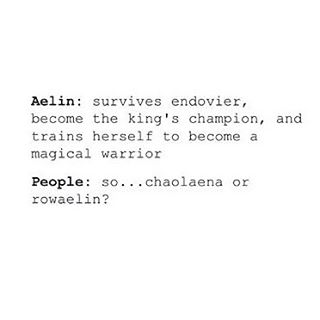 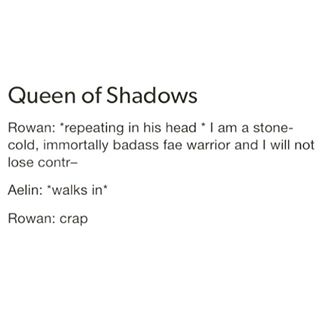 END_OF_DOCUMENT_TOKEN_TO_BE_REPLACED

“Love looks forward, hate looks back, anxiety has eyes all over its head.” – Mignon McLaughlin

One of the guys hauled in another skid, the wood perfect and with a grunt threw it atop the fire they all surrounded. For a moment, the flames lessened before consuming the wood and lighting up brilliantly. Eliana cheered with some of the others, stepping up to the flames once they calmed down. She could still hear the chattering of Tessa and Laura behind her. But they were easily tuned out by the flames. A grin spread across her face when she turned away, watching the light of the bonfire reflect off of them all in the dark.

She went back to them and sat on the bench, taking the palm bay when it was handed to her from a nearby cooler. Quickly joining back in on the conversation she basked wordlessly into the night. “El!” Daren interrupted her thoughts and she raised and eyebrow at him, “You are such a fire bug, jeez, pay attention. Do you know where your brother went?” “Yes, because my job is keeping track of my brother.” Laura elbowed her slightly in the ribs, giving her a knowing look. Eliana rolled her eyes, ignoring Laura’s grin, “He headed inside, probably for some drinking games.”

“Love your faith in me sister,” And a peck on the cheek followed by a hand buried in her hair. Eliana resisted the urge to swat him. But she was in a good mood, so she just took another sip of her drink. “Actually,” he continued, “I’m going to liven up this music and you’re going to help.” Again, Eliana found herself raising a brow. “Oh of course, your every need dear brother,” she muttered sarcastically. “That’s the spirit!” Then he leaned over and whispered something to Laura then he was gone heading over to a group and that was when she spotted the guitar in his hand.

There were three others with him for now. All bearing some kind of instrument, including, yes, a cowbell. Eliana shook her head but a laugh still made its way out her lips. One that immediately cut off when she saw Dylan coming up just behind her brother. As always, his face was set blank, but tonight there was a spark there. Which seemed to brighten as she watched him sit down and take the first strum of guitar. Immediately, the music began filling her ears as her brother joined in. Hell, even the cowbell sounded nice. It was when he sang that her breath stopped. Absolutely froze her and sent heat down to places she dared not name when he was only mere feet away from her. A smile worked its way on her face.

END_OF_DOCUMENT_TOKEN_TO_BE_REPLACED 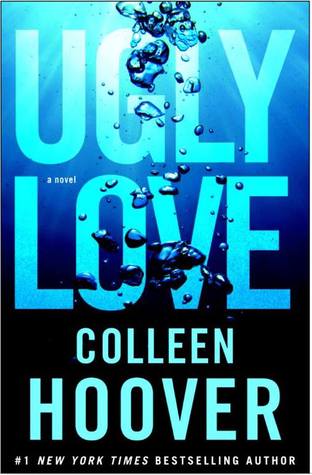 When Tate Collins meets airline pilot Miles Archer, she knows it isn’t love at first sight. They wouldn’t even go so far as to consider themselves friends. The only thing Tate and Miles have in common is an undeniable mutual attraction. Once their desires are out in the open, they realize they have the perfect set-up. He doesn’t want love, she doesn’t have time for love, so that just leaves the sex. Their arrangement could be surprisingly seamless, as long as Tate can stick to the only two rules Miles has for her.

Never ask about the past.
Don’t expect a future.

They think they can handle it, but realize almost immediately they can’t handle it at all.

Hearts get infiltrated.
Promises get broken.
Rules get shattered.
Love gets ugly.

Second book read and reviewed in my personal challenge.

First and foremost I should sooo not be writing this book review right now. Ever hear that term book hungover? Yea, bad state to write a review in. But I’m doing it anyways! END_OF_DOCUMENT_TOKEN_TO_BE_REPLACED